The week leading up to the summer solstice, the woods filled with spathes splitting open, and the fireflies returned. 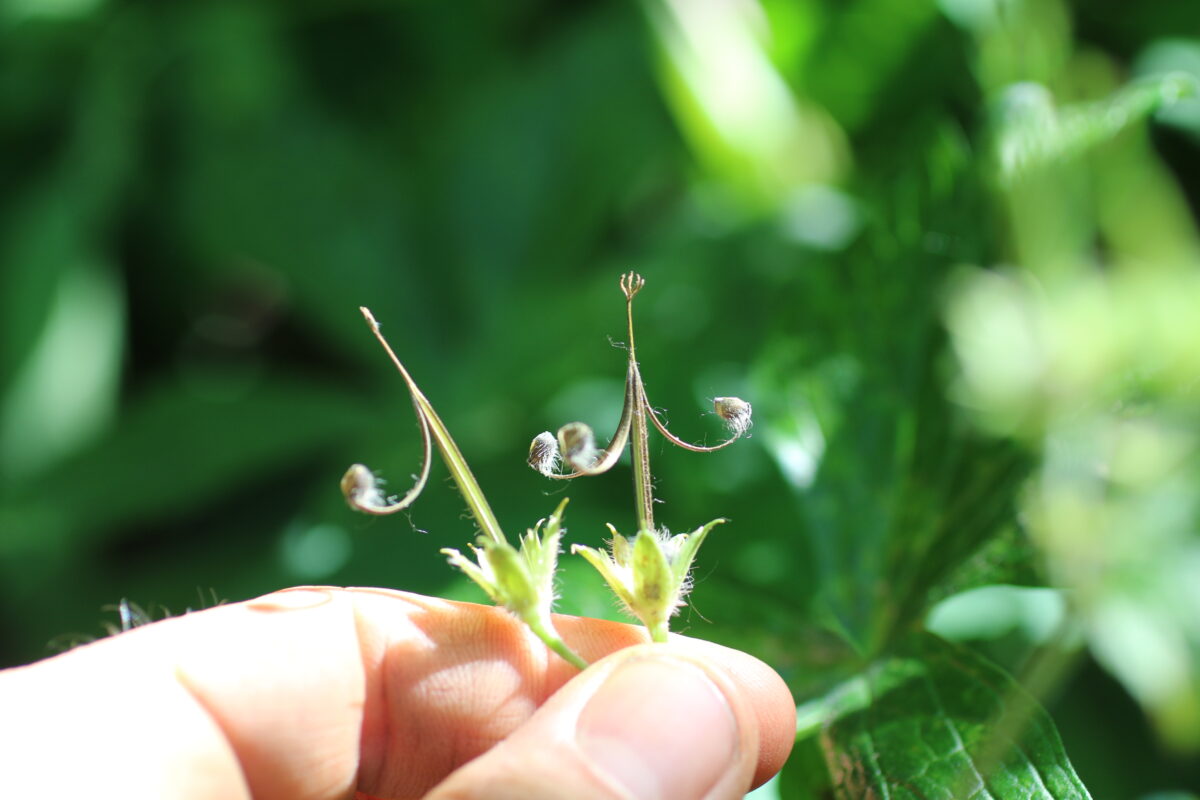 Maple Grove is full of spathes splitting open. The berries of both Jack-in-the-pulpit and green dragon have mostly torn through the wilting hoods thinned to tissue around them. Wild garlic shoots pierced and started twisting out of the papery envelopes in which they are born near the beginning of June, and some are as I write this a few inches long. A few began to flower by the 15th of June. The blooms are elevated on filiform stalks from the bases of the bulbils, anthers nestled within the upturned flowers peering at the canopy. The leaves are yellowed and sprawling. Wild leek joined in near the end of the first week of June, ghostlike fists clenched at the ends of the scapes. Its foliage has dissolved into the leaf litter. The genus seems to be optimized for sprinting, not endurance.

Brooklyn loves chewing on the softer grasses and sedges along the trails and roads and has plenty to choose from right now: orchard grass, Davis’s sedge and gray sedge, foul manna grass, even the soft but harshly scabrous white grass, which I shoe her away from for fear it will stick in her throat or hurt her gums. This latter species is a relative of rice cutgrass, which will tear the skin from your calves if you walk through it, the leaves as sharp-edged as the blades of a disposable razor. White grass is not nearly as sharp, but I still worry that it could lodge in a dog’s throat. What Brooklyn seems to have no interest in is the narrow and bristly straight-styled wood sedge that is flattened along the edge of the trail and dark with hard little fruits that are falling from the culms at a touch or kick. I understand her disinterest. Even though this sedge is part of the subgenus I have done the most research on, I favor sedges with rounder perigynia. I chew the Carex blanda for the moisture of its spongy perigynia and the James’s sedge for its crisp achenes, which crack between my teeth. Like Brooklyn, I am fond of plants I can eat.

We sat around a backyard fire with our friends the night of Sunday the 14th. The first fireflies of the year winked awake in staccato blinks, as though firing up their engines for the first time. I didn’t recognize the pattern of flashes, and I wondered whether it might be females signaling from the shrubby backyard margin to draw in prospective mates. Each year I think I can pick out a few different species from the din of dots and dashes that brighten up the yard and woods just after dusk, and a few I remember from one year to the next. One does a J-stroke, starting at the wrong end, drawing the J backward so that it ends at the top. Another flashes evenly in a horizontal line, on-off-on-off-on. They are always low, often in shrubby margins, though this past week we spent a few days in the vicinity of Starved Rock and were surprised at how high the fireflies were displaying. In a field of magnificent old open-grown bur oaks ringed with planted red pines, there were fireflies perhaps two-thirds of the way up the oaks and nearly in the upper branches of the pines. They must be another species, perhaps more common in this place where the Brood XIII cicadas did not emerge and are, I guess, not present, or a species that we don’t get in Downers Grove.

I have an essay on summer in the woods due in about a week. This should be easy to write now that the solstice is upon us. But writing these things requires you to step back from what is happening now and look more broadly at what is happening across the entire summer; and right now, I am thinking not of summer broadly, but of the individuals of this summer, this month. An opening in the woods where American pokeweed has grown to my bellybutton, rubbery and kelly green; the stickseed as high as my knee and rough like swatches of fabric; enchanter’s nightshade shin-high and producing its first floral buds. Indigo buntings and blue gray gnatcatchers throughout Maple Grove woods, a pewee calling from the west edge, a cuckoo in the oaks at the top of the hill, near the parking lot. The appearance of enormous pale craneflies one day in the middle of the month, abdomen tips curled upward, shimmying through the sunflecks, associated, unaccountably, with an irruption of young men riding onewheels silently past the fruiting mayapples and the ironwoods, stopping for me as I lay on my stomach to take photos, one worried I had fallen and hurt myself, another blasting death metal from speakers buried in his backpack. Is that the sound of Morbid angel? Anvil of doom? Eternal tears of sorrow? Or one of the other many bands I don’t know whose names sound to me like the common names of moths or mushrooms?1 I am dislodged for a moment, floating between the Cretaceous and a future in which we have given up walking.

But this place is incorrigibly plural2 and particular. Berries of false Solomon’s seal are the size of mung beans, and true Solomon’s seal corollas are papery-fragile and distended with the fruits growing in their bases. Tight-skinned, glaucous Illinois catbriar fruits are the size of green peas. Moonseed has twined higher than the wood nettle and poison ivy. Slender explosive capsules have appeared mysteriously on the jewelweeds, seemingly without flowers, but in fact arising from the cryptic cleistogams that emerge early in the spring and never open, serving only for self-pollination.3 Geranium seeds are being flung from their darkened columns. The wilted stems I have been watching on great waterleaf appear to be packed full of insect frass, but still I haven’t seen any larvae. The leaves of jewelweed, wood nettle, elm-leaf goldenrod, and white bear sedge are etched with leaf miner traces. Wood nettle gall midge galls are pimpling the Laportea leaves. Musclewood fruits are developing.

I am reading Tim Dee’s Greenery, a book that shades in the landscape between the displaced feeling of following spring northward “at about walking pace,” watching birds stream by from one place to another—”Where are [the swallows] at home? Whose swallows are they? … What does it mean… to occupy everywhere but own nothing?”—and the rootedness of particular birds in particular bushes from Africa to the arctic. Birds, for Dee, seem to reflect the universal particularities of our internal states.4 And they pin us down to earth as they pass through: “Any stop in the desert,” he writes, “might feel like a stop in the middle of nowhere, but, because of the migrant birds, every stop we made turned out to be in the middle of somewhere.”

We’ve just passed the solstice, and days are getting just a hair shorter. Each day, we’ll have no less to see, to paraphrase Dee, but one less minute to see it in.5 We’ll have to pay a bit more attention.