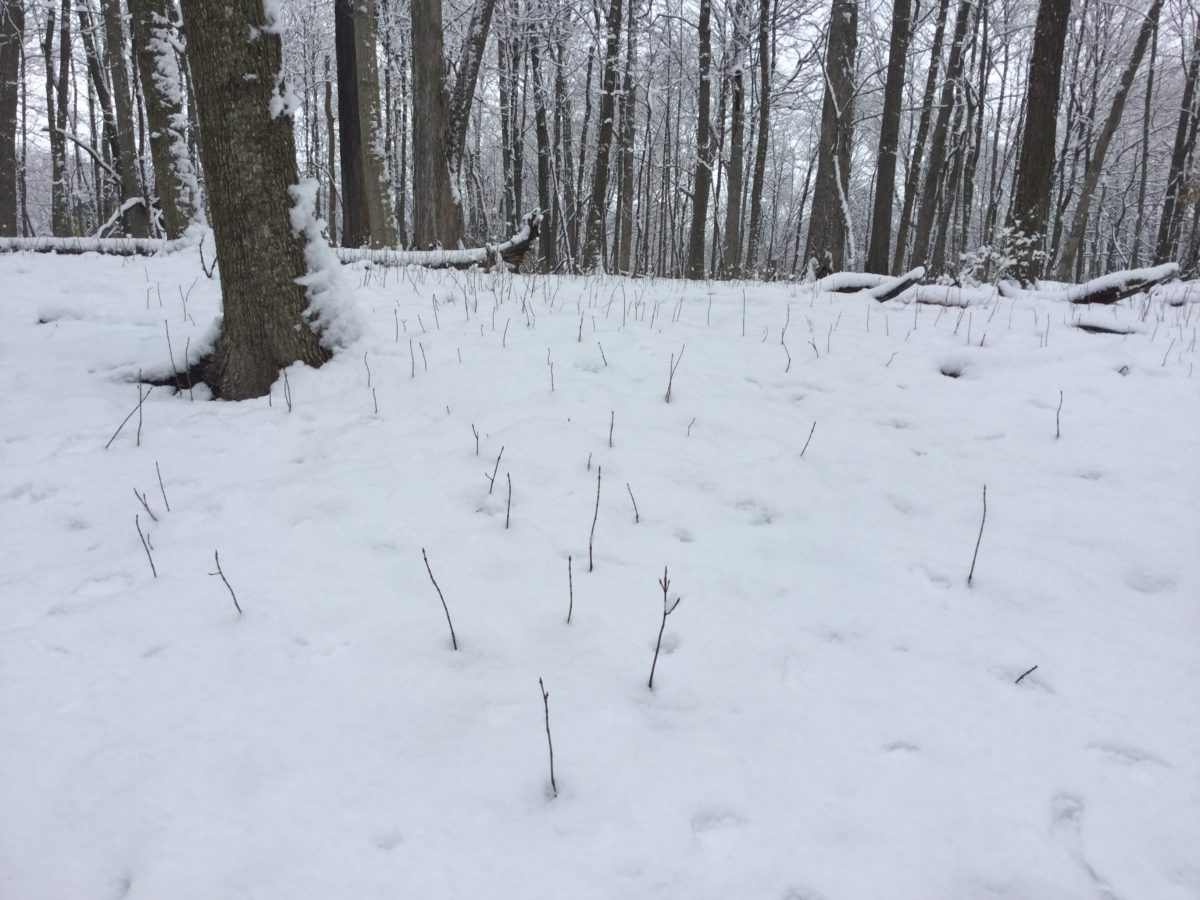 We awoke this morning to two inches of snow. Brooklyn and I dropped the car off at Lang’s. We waited inside to give Ray the key, and the radio was going, and for a minute there was no one there. The tools were all clean on the walls. There were cars ready to be fixed. Computers were humming. It was like a movie where everyone is spirited away in the middle of working and living their lives, but you aren’t, and you go looking into all the rooms of the house before it dawns on you that they really are gone. But then Ray came back, and I was wearing my gloves, so we shook hands and he took my key, and he dipped it and the whole hand he had just shook mine with into a 5 gallon bucket full of water and something else, perhaps dilute bleach, and he washed the key down for 30 seconds with a rag from the bucket, and then his hands, while we talked business. He’s easy-going, and he did this as though this was how he’d been handling other people’s car keys for decades.

Brooklyn and I walked to Maple Grove, where the red-bellied woodpeckers and white-breasted nuthatches were calling. Snow was perched on the branches. It would tip off and float downward to sink into the snow below, clouds congealed in the treetops, then released by gravity and breezes, leaving impressions of scimitars and breadsticks, punctuation marks of all kinds, galaxies assembling on the forest floor. A deer’s tracks led to an opening in the snow where it had snuffled, perhaps searching up acorns.

The leeks were still soft and rubbery, mostly buried in the snow. Last year there was a snow and bitter cold after the leeks were this far along, and they became rigid like wax models. Today was too warm for that. Knee-high sugar maples I would not have thought about yesterday pierced the snow and stood out dark against it.

The logs were all blanketed in snow. I bent down to peer along the length of one that ran perpendicular to the trail, as one looks along the edge of a piece of lumber to see if it’s straight or warped. The log was shaggy with crystalline snowflakes at the end close to my eye and smoothed out toward the horizon. I thought of a paragraph I read a few nights ago by Nan Shepherd:

… I let my eyes travel over the surface [of the loch], slowly, from shore to shore, beginning at my feet and ending against the precipice. There is no way like that for savouring the extent of a water surface.

This changing of focus in the eye, moving the eye itself when looking at things that do not move, deepens one’s sense of outer reality. Then static things may be caught in the very act of becoming. By so simple a matter, too, as altering the position of one’s head, a different kind of world may be made to appear.1

Brooklyn and I walked uphill on the loop out of the woods. A man was heading downhill toward us on the branching trail, guessed wrongly which fork I was going to take, and then when he realized he was about to head toward us, turned to take the other trail.

He had a nice face. “It’s okay. Just trying to keep my distance.” I nodded to let him know I understood, and he said, “Stay healthy.”

“You too. Is everyone alright? Your family okay?”

The forest looks different than it did yesterday. Snow, darkness, fog all recontextualize familiar places and make them seem strange. I have several times perceived a trail to be three times as long in pitch black as it was in daylight. On the walk toward the trail out, the dropping of snow from the canopy branches was like the thrumming of a cello soft and regular in the background of a string quartet, when you are focused on the aria but the cello lays the groundwork. Brooklyn and I took the trail out into the neighborhoods and found leaves expanding on many of the honeysuckles. They seem to have opened in only 24 hours, as I hadn’t noticed them yesterday. I think I would have if they had been open. The last honeysuckle at the entrance wasn’t quite leafing out yet, but its buds were expanded. A junco moved around in its branches

A mourning dove called from the houses next to the darkened public library. Temperatures had risen. Snow was melting out through the downspouts of every house we passed on our walk home.

2 thoughts on “Caught in the act of becoming”