If I could give my sons one gift, it might be knowing how to spend an unexpected afternoon with nothing in your hands but a notebook. 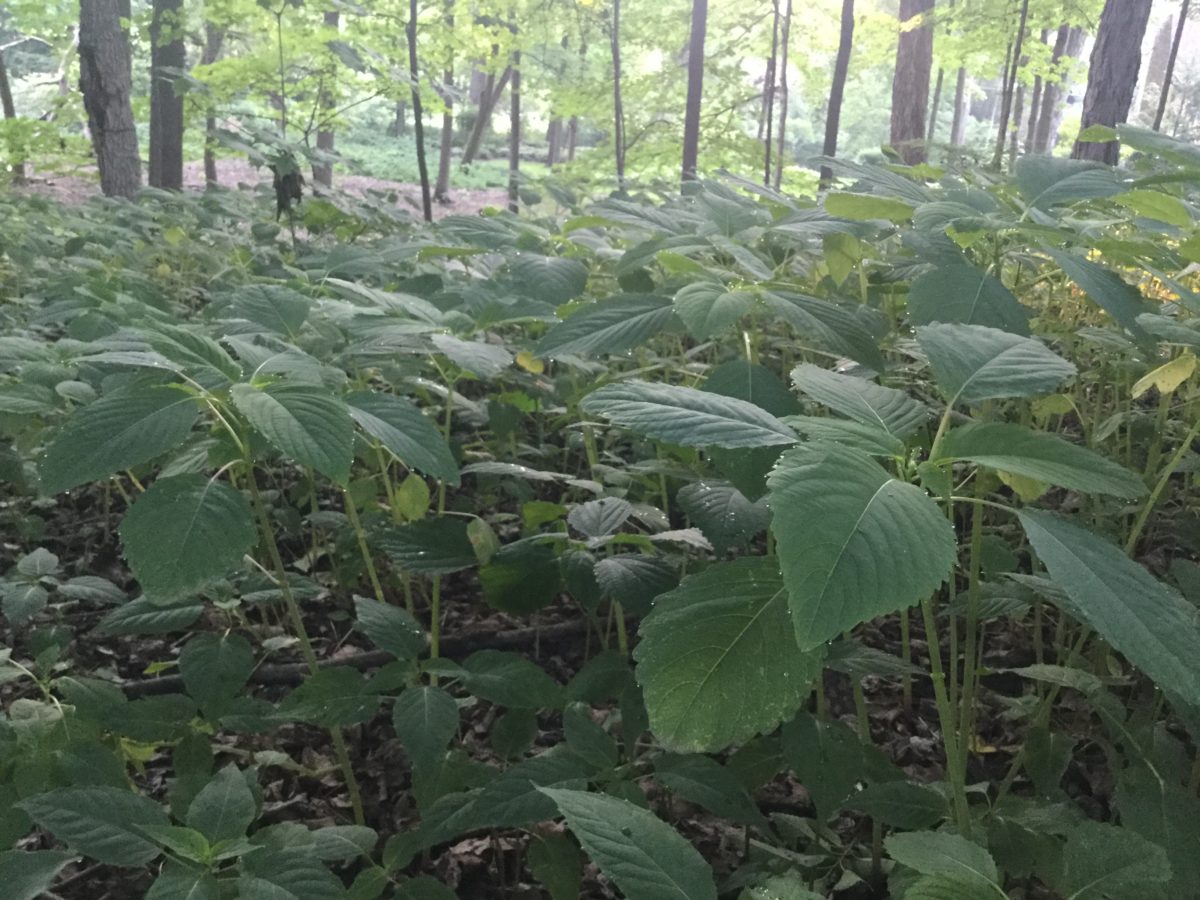 I started work early today and was done by 2pm, and after dropping the boys off at a friend’s, I took a break to walk in Maple Grove. I rarely feel the freedom to just go walking in the middle of the day like this. It was warm and dark, and the grasses at the entrance shone in the heat. I sat for 10 minutes keying out a grass. It’s funny how much pleasure I find in working through a dichotomous key, even when I don’t quite hit the answer. There is a joy in being guided over ground that someone else knows so well. “Look at this,” I am told. “Now look at this. Did you see it? No? Then look again: it’s there. You just have to look closer.” And there is a pleasure too in noticing things that aren’t in the key, and then later finding them it in the key: it’s like sharing a secret with a stranger. I keyed the grass (to Sphenopholis intermedia, which I believe is correct but will verify in the herbarium to be sure) and then found another similar thing, spent 5 minutes keying it to exactly the same place. On the slope ahead of me, white bear sedge (Carex albursina) was shedding perigynia all over the slope, and fruits were swelling on the small-flowered buttercup (Ranunculus abortivus).

I crossed the bridge over St. Joseph Creek. There was a fleabane in the floodplain and red-eyed vireos singing all around. From the cracks in the concrete, Russian mulberry (Morus alba) and stickseed (Hackelia virginiana) were growing. At the far side of the bridge, an enormous bumblebee caught my eye. She was patrolling the forest floor at the base of a Carex jamesii, pushing leaf litter out of her way. Her abdomen was a wonder of hairs and glossy black. She nosed her way underneath the papery brown dead leaves for 5 or 10 seconds, then emerged again and cleaned her face scrupulously. She then started to scale a leaf that any of us could have told her would not bear her, and it predictably crumpled under her weight. Like a toddler who has just toppled a toy chair far too small for her and then set it back upright to try again, the bee headed up an adjacent leaf. She crawled high enough to right herself, then buzzed off as the leaf was starting to bend over.

I stood up and felt the infructescence on a Carex rosea that was almost but not quite ripe. In a week or two the perigynia will spring from the stem at a touch. A sickly-looking annual bluegrass (Poa annua) was yellowing along the roadside. I headed up the narrow trail that Sunday I had found full of knee-high Impatiens, and I swear they have gained an inch in just three days. The Solomon’s plume (Maianthemum racemosum) is tipped with clusters of hard, mung-bean sized whitish berries. At the turn in the trail stood a great burning bush, a shrub I just tore out of our front yard, a noxious weed. I’ve no affection for this species. But it was in flower, and I had my hand lens, and I’m obliged to report that the flowers are exquisite. With the naked eye, they are sweet cream-colored nuggets, but at 10x they resembled nothing so much as an alabaster mosque submerged in white sand, only the dome exposed, sentinels standing at four corners, attending some ceremony inside, a black-tipped spire at the top of the dome. I am not exaggerating. I had not expected for an ovary with a stout style, flanked by four stout little stamens, to give so much pleasure. I suspect that Hell itself will be found to be full of beauty like this if its denizens are armed with hand lenses. Satan will do well not to invite botanists.

Further up the trail, one of the black squirrels I generally see here scampered across a fallen log and then stood stock still. I turned and realized there were two more! Three black squirrels in one field of view! One scrambled up a sapling and almost out of view in the foliage, then a gray squirrel scurried up a tree in the background. I stepped off trail in search of wild leek (Allium tricoccum) fruits. One black squirrel kept me company, moving and then standing, always visible in sharp contrast against the leaves, a gift to hawks and the color-blind. Watching them, my attention was drawn to a tiny chickweed on the forest floor, Stellaria pallida or, perhaps more likely, S. meadia. It was dark in the forest, here under the maples, and I would not expected to find this thing out of the fields like this. I did not find the wild leek fruits, though I saw one fruiting scape on Sunday.

The mosquitos were becoming pesky. As I walked out, the song “There will never be another you” came to mind:

There will be other songs to sing
Another fall, another spring
But there will never be another you

I walked out singing, thinking of my boys, who were (and still are, as I write this) swimming at a friend’s house; of my sweet wife, who is downtown now, sewing and printing, figuring out how the world is put together; of my lab, everyone working on her or his own project, discovering some novel corner of the natural world; of the plants along the trails, some common things I know and some I’ve never learned; of my friends and colleagues in Mexico, collecting plants by the roadsides and in forests; of growing old watching plants, listening to birds in the afternoons. I unlocked my bike and headed out to get a cup of coffee and then get back to make supper and finish work on a paper before the boys get home.

If I could give my sons one gift, it might be knowing how to spend an unexpected afternoon with nothing in your hands but a notebook. It is such a joy, watching the world and writing down the things that strike you, and I hope they come to love this or something else as much as I do. The French utilize the verb profiter more liberally than we generally use the verb “to profit.” “Il faut profiter du soleil,” my friend Christian occasionally told me when Rachel and the boys and I were living in Bordeaux, during a spring when I generally arrived at work soaked from my bike ride. You have to profit from the sun, and from your afternoons, and from your mornings, and from every minute you’ve got. In my retirement, I pray that Rachel and I have the health to walk around and watch bees nudging their way through the day and touch-me-nots growing from cotyledons in March to flowers in June. We’ll be happy having just that. It will be more than enough.