In the week leading up to the equinox: False mermaid, chorus frogs and spring peepers, springtails and wild leeks 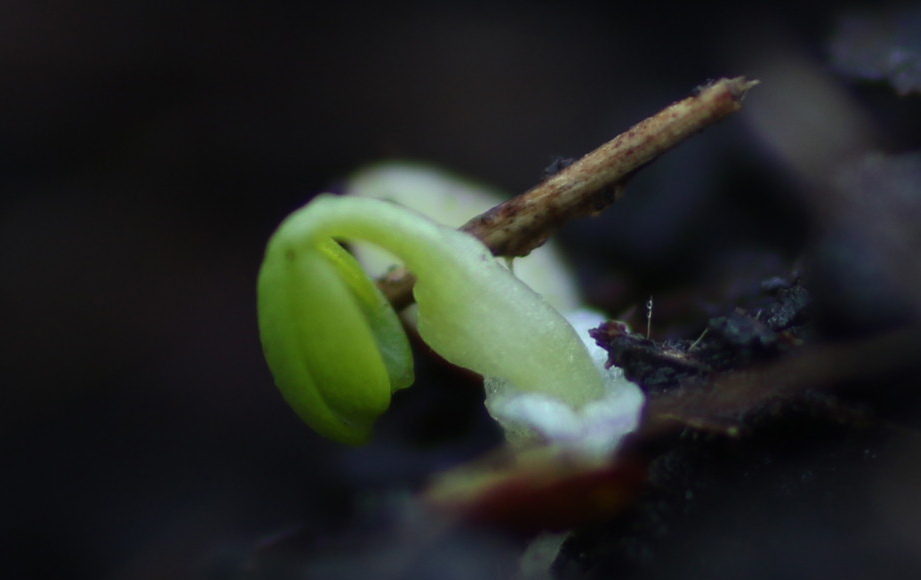 It is true of even the best of us that if an observer can catch us boarding a train at a way station; if he will mark our faces, stripped by anxiety of their self-possession; if he will appraise our luggage, our clothing, and look out of the window to see who has driven us to the station; if he will listen to the harsh or tender things we say if we are with our families, or notice the way we put our suitcase onto the rack, check the position of our wallet, our key ring, and wipe the sweat off the back of our necks; if he can judge sensibly the self-importance, diffidence, or sadness with which we settle ourselves, he will be given a broader view of our lives than most of us would intend.
—John Cheever, “The Summer Farmer”

The robins commemorated the second anniversary of Proclamation 9994 by flocking in Maple Grove, working the fallen leaves for invertebrates. They were of course unaware of the anniversary, just as they were unaware that anything had changed the day the U.S. woke up to the fact that we were entering a pandemic. The SARS-CoV-2 virus itself was equally unaware that anything had changed that day. In their world, nothing had. The robins have gone on living their robin lives right through the pandemic, doing as they did for thousands of springs and falls before, social distancing on the forest floor, moving across it almost methodically. They cock their heads and find a thing that interests them, grab a mouthful of leaves, and toss the leaves up and out of the way. Then they hop back in for the goodies: centipedes and millipedes, harvestmen, earthworms and stinkbugs and beetles. They chuckle intermittently.

As those of us with the good fortune to work at home and retain our health flocked to the woods two years ago, waving to each other from a distance and walking the long way around to avoid breathing on each other, I turned my attention to the zone between the earth and the previous year’s fallen leaves. Somehow I’d spent the better part of three decades as a conscientious naturalist waiting for plants to emerge above the leaves. Had it not occurred to me that when you peel back the leaves pasted to the ground by rain, you are looking into the future? That the plants growing there are the ones that will gush out through cracks in the beds of dried leaves a week or two hence? And that looking into the future, you are also looking into the past, at plants as they were before you could see them easily? Under the fallen leaves lie the understory’s embryos and fossils.

This week, brushing leaves aside, I found springtails flinging their slender bodies around, careering over the forest floor as their babies glided slowly along beneath the litter, pale as breadcrumbs. Beside them, sugar maple keys squeezed out radicles, seedlings rolled up inside. The plants were extending, adding on cells to form next year’s carpet of sugar maple seedlings, but I cannot help thinking of them as unwinding: they are curled like yo-yos, roots uncoiling as the papery husks split along the seams. Spring beauty leaves poured out beside the maple seedlings, limp at the ends of sprawling, etiolated stems. On north-facing slopes, the carpet of last year’s leaves was cemented together by ice. All the other surfaces were thawing and muddy.

Wild leeks were pushing up through the soil.1 The shoots were still blunt at the tips and clothed in sheaths below. In the coming weeks, they will pierce the fallen leaves above them or push them out of the way. False mermaid had just started growing in earnest. The cotyledons were split like mung beans sprouting at the soil’s surface, the first seed leaves arched over and folded like a glove tucked into a pocket, the roots solitary and white, hardly any purchase in the soil. I’ve never seen them in an earlier stage of growth, though I believe they break dormancy in late winter in our area. This is my 29th or 30th year watching this species, I believe. You would think I would have caught it close to the moment of emergence one of those years.

White bear sedge shoots were barely more than a half inch tall, emerging from the center of last year’s broad, dark, tattered evergreen rosettes. Carex jamesii shoots were about an inch and half high and scattered throughout the woods. Carex woodii shoots were an inch tall and red-striped, hidden among the sprawling foliage, basal sheaths ripening to deep burgundy. Carex sprengelii shoots were uniformly light green, warming and softening up. They will extend quickly soon enough, so quickly the leaf blades will crease in the middle as they bend over under their own weight by early summer. Carex tribuloides shoots were almost certainly extending from the ephemeral pool in the center of the preserve.2

By Tuesday, cranes were flying north. My wife Rachel raked the garden beds. We moved wheelbarrows full of leaves to the back yard. I worked at home Wednesday morning and biked in at eleven. The chorus frogs and song sparrows were singing from the marsh inside the Finley Gate. I met up with some family friends to walk the trail east of Big Rock. False mermaid on the south-facing slope was a couple of inches tall with expanded leaves. Floral buds were well developed on spring beauty. Nuthatches were on the move.

That evening, Rachel and I walked Brooklyn through the neighborhood as the mourning doves called. After it was dark, I carried the compost out to the backyard. Orion was tilting down over the houses to the south of us. The near-full moon was rising. The moment melted into winter evenings skiing while Orion is high in the sky, late autumn nights watching Orion’s shoulders appearing above the rooftops, just-after-sunset calls of woodcocks as Sirius starts to shine on the horizon. I could not remember for a few seconds whether we were coming into winter or leaving it behind. I wasn’t sure whether I was outside in the cold but feeling warm because I’d only just stepped outside, or whether it was really spring. Then the moment was over. I walked the compost to the edge of the garden and tipped the contents of the bucket over into the bin.

A week has passed since I started writing this. Today is the vernal equinox. It is also the second anniversary of Illinois’ COVID shelter-in-place order, of our collective realization that we might be in this pandemic for the long haul. Earthworms and millipedes have become active in the soil. Spring peepers have started singing love songs. Wild garlic leaves are three inches tall, new hepatica leaves are wound into tight little fists beside last year’s evergreen leaves, false rue anemone is spreading from its rhizomes like a basketball player frozen in midair, arms stretched wide. Winter aconite is blooming. A grass snake coiled around Brooklyn’s foot today on our walk through the East Woods.

If someone were studying me from a distance, would it look as though I had changed at all during this pandemic biennium? I suspect a close observer might notice mainly that I and the robins have converged on the habit of flipping over leaves on the forest floor. I still conduct my work life essentially as I did before. I parent as I parented before, read the kinds of books I was reading when the pandemic started. But I am worried about biases and inequities that I was not looking at three years ago, pronouncements I might have made and let stand in 2019 that I now run over in my mind until I see why I cannot believe them as I stated them initially. I am more distracted than I was two years ago. I am more restless. I am more confident in some skills and less confident in others. These little changes are all drawn on the soil’s surface and buried under leaves. The careful observer might see them nonetheless. A robin would undoubtedly see more.

1. Maple Grove’s plants are almost all the red-based Allium tricoccum (the one often referred to as A. tricoccum var. tricoccum, distinct enough from the paler A. tricoccum var. burdickii in flowering time and habitat that it is better recognized as a separate species).

2. I didn’t see C. tribuloides at Maple Grove that day, but a week later it was flourishing in wet depressions of the Arboretum’s East Woods, and it could not have been far behind in Maple Grove.

10 thoughts on “Flipping over leaves”