But wildness is not limited to the 2 percent formal wilderness areas. Shifting scales, it is everywhere: ineradicable populations of fungi, moss, mold, yeasts… Deer mice on the back porch, deer bounding across the freeway, pigeons in the park, spiders in the corners. – Gary Snyder, Practice of the Wild 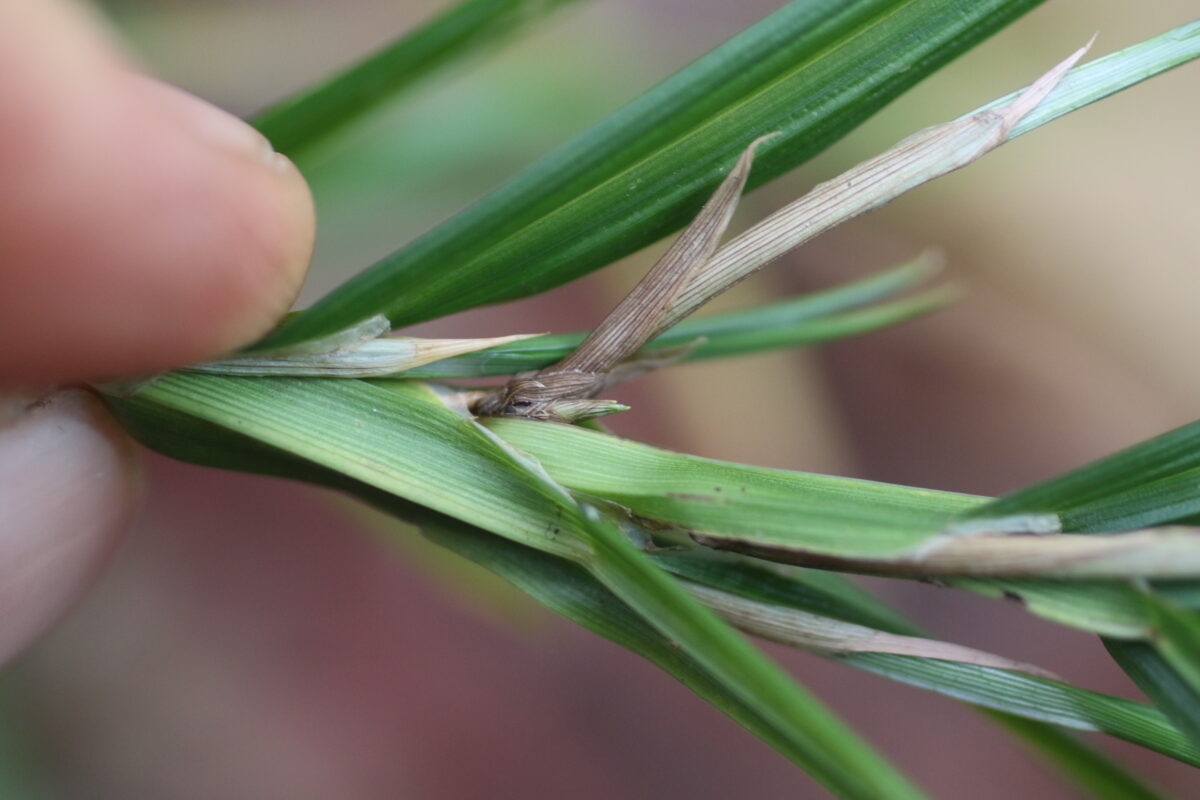 Is fall winding down? or are we at the height of it? We are a month beyond the equinox, and a month beyond the solstices we are generally at the extremes of the year; so perhaps we turn the corner toward winter at month beyond the autumnal equinox. In Maple Grove Saturday night, about a third of the leaves were on the ground, maybe more and maybe less. Some trees were completely denuded, others had most of their leaves still on. The chlorophyll is mostly broken down in the sugar maple leaves now and its constituent bits—nitrogen, nutrients, hard-won elements from the soil—scavenged and hoarded away for next year. With the chlorophyll gone, yellow carotenoids are unmasked in the leaves, setting the canopy on fire as the sun goes down. But as I recall it this morning, the treetops in my memory of last night look a little overdone. The margins of the leaves look brown and crisped. Some years, sugar maple leaves fall in their hale. This year, they look as though they were dying of old age. But perhaps I am projecting. Perhaps I am misremembering last night’s walk as I write this. I am reminded at moments like this of Cyrena Pondrom pointing out in a lecture that it probably wasn’t Eliot’s “lonely cab horse” steaming and stamping who was the lonely one. I am certain, however, that there was only one cricket rattling in the shrubs at the edge of the wood as I arrived.

The zigzag and elm-leaved goldenrod flowers are still pale yellow but turning to seed. Short’s aster is in full bloom. White snakeroot flowerheads have completely turned and are globose achene puffs, white and airy. Joe-pye weed has turned as well. It is already losing its achenes to wind and the inadvertent harassments of passers-by. Calico aster is half in flower, half in fruit. Enchanter’s nightshade has dropped all of its leaves but stands wiry and still bearing the last of its burs. Hackelia—stickseed or beggar’s lice, the latter one of the rude common names in our flora—is blackened with stick-tights that are at their nastiest right now, brittle and beset with wicked barbs, readily detached from the stem. I am leery of them. The bur-marigolds are spreading seeds as well whenever I venture off trail in the low areas of the woods, but more strategically, systematically piercing my shirts and jeans with exactly two barbs per fruit. They stand out like blackened tabs after they’ve attached themselves. Pulling them off my sweatshirt is comparatively easy.

On the footpath arcing more or less parallel to the main trail west of St. Joseph Creek, a decorticated ash tree inscribed with ash borer trails is being colonized by lichens. The lichens resemble bacterial colonies in a petri dish, distinct from one another but spreading, destined to coalesce with time. These trees have only died in the last decade or so, and the standing dead trees stripped of bark are still relatively fresh terrain. At the base of a nearby tree were three clumps of what I took to be bonnet mushrooms (Mycena sp.) rotting or desiccating depending on whether they were under leaves or exposed to the air. Another cluster of Mycena or something like it has formed a finger-length garden in a cavity recessed in a rotting log across the ditch where I found cardinal flower earlier this summer (though on this walk I failed to find more than one plant; I’ll have to do some more searching, as I promised seed to a colleague for an experiment). There were oyster mushrooms (Pleurotus sp.) growing from the bark of a standing dead ash near the end of my walk tonight. Some white-rot fungus is devouring little branches that have fallen on the forest floor. It’s still mushroom time, if not the bounty I was finding a few weeks ago.

Seductive entodon moss is particularly lush, shining emerald green and blanketing five-foot-long stretches of fallen logs, sprouting fresh sporophytes. I don’t know if its sporophytes are always produced in the fall, but now I’ve got something to watch for next year. Another moss I don’t know is also producing sporophytes now. Carex tribuloides is proliferating from the nodes of this year’s vegetative culms: full, viable shoots it produces on this year’s senescing stems will root over winter or next spring and form independent plants around the mother plant. Sedges of several sedges are mottled green and yellow: even James’s sedge, green through the winter whether there is snow or not, is yellowing. Is this typical? or a consequence of the drought we had this past year? Clearweed is bleaching out and becoming increasingly feathery and ethereal. Margins of the wild ginger leaves are glowing yellow.

Black snakeroot fruits are split open like clamshells. Ripe berries are still hanging on Illinois catbriar (I believe the ID is right, though I’m uncertain as to whether this and its putative close relatives are even good species; you can read a discussion with Evan Barker and Matt Beatty on this question in an iNaturalist dialogue of this past May). Punctate St. John’s wort is tipped with darkened, brittle capsules. I found one James’s sedge with a smutted, fungusy perigynium.

The sun set a bit before six. Two great horned owls called to one another. I stood on the fallen ash tree that Brooklyn jumps onto and walks the length of when we walk together. The sun cast the light of winter through the trees. I went most of September and October without walking this forest regularly this year, and I find that I am seeing less than usual. That’s the irony: the harder and more often I look at this place, the more I find that I didn’t know, and I am immersed in wildness no matter where I am. When I look casually and visit less frequently, I notice mostly the things I’ve seen a thousand times before.

Golden crowned kinglets were lisping in the canopy as I walked out. Perhaps we have a couple weeks to go before the leaves are all down from the trees, but I don’t know for sure.

6 thoughts on “Wildness is not limited”